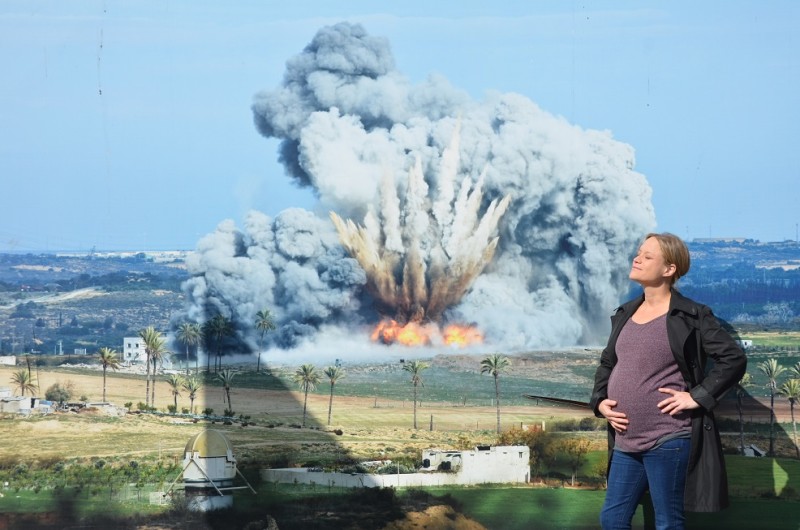 Meet Yael. “Former War Correspondent. Covered; Belgrade revolution, Afghanistan, Iraq war, Second Intifada, Operation Cast Lead, The Second Lebanon War, Haiti earthquake, Tahrir Square and the Arab Spring, and then some over the course of the last 20 years…quit the field after Tahrir as I realized every bullet has an address and it eventually finds you…
Currently hosting a morning show behind a desk in air conditioned studio in Jaffa, Tel Aviv.

Scariest moment in life: Having a Katusha fall 7 meters away from myself and my team in Northern Israel at the height of  the Second Lebanon War, 2006.

Most interesting moment: Arriving at Saddam Hussein’s hideout hole in the ground in Tikrit, Iraq five hours after he was captured in 2003.

Best moment in life: Giving birth to my daughter Lia.