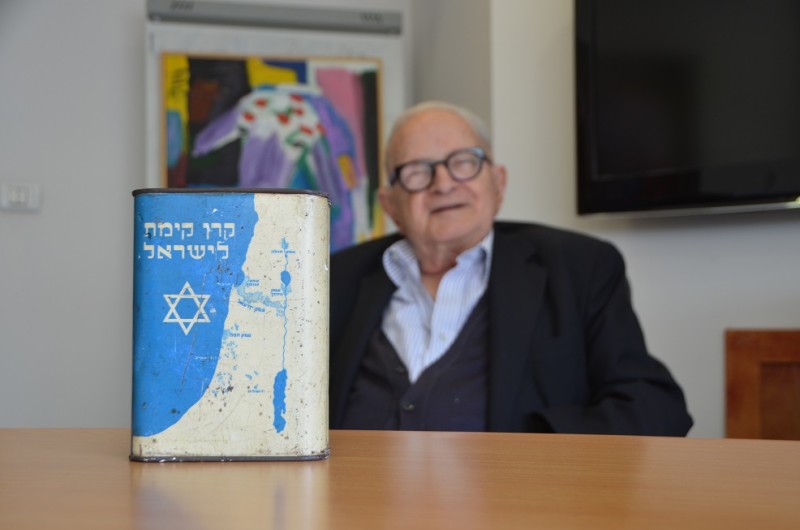 “I knew there was a huge significance to the capture of Adolf Eichmann but I didn’t think at that time that it will be such an epic one.

“In the mid 50’s David Ben Gurion (Israel’s first prime minster) asked the Mossad (Israel intelligence service) to bring to justice one of of the top Nazi’s commanders: Josef Mengele, Martin Bormann, Heinrich Müller or Adolf Eichmann (who has in charge of the Final Solution to European Jewry).

In the early 60’s we got a tip from the Argentina Attorney General that there is a possibility that Eichmann is living in the Buenos Aires area. A blind German guy name Herman gave us the first clue on his location. Apparently his daughter started dating a young German boy named Nicolas in school. Herman had suspicions about the boy’s family background and found out that he was actually the son of Eichmann.

On the night of 11 May 1960, At 20:05 a bus pulled up and a man started walking through Garibaldi Streer. I recognized Eichmann immediately and gave the order to capture him.

“Momentito senior,” we called, Eichmann turned to us and we pounced him and took him to the getaway car. He let out a terrible yell, like a wild beast caught in a trap. In the car he didn’t stop wailing so we had to gag him.
We knew that Eichmann had two scars: one on his stomach and the other on his wrist. When I managed to see that he had the scars in those exact locations, I knew that we had found Eichman.

I socked one of the agents hand twice (that was the signal that we captured the right person), and we drove off.
I’m not an emotional person and I had hundreds of operations during my service in the Mossad, but at that moment in time when I realized that we captured Eichmann, was the most significant one for me. I knew that we were bringing justice to 6,000,000 Jews who were slain in the Holocaust. It’s one of those rare moments when you can actually feel history being made.”

Adolf Eichmann is the only person in the history of the Jewish state that was sentenced to death. I was in the room moments before the hangman pulled the trigger.
His last words where: ‘I Hope to see you all very quickly on the other side.’ I didn’t wait for the actual hanging but I was near the cremation room when the fire consume his body. While his body was consumed by the fire I felt that it was poetic justice. He was brought to justice by his body being burnt by a sovereign Jewish state.”