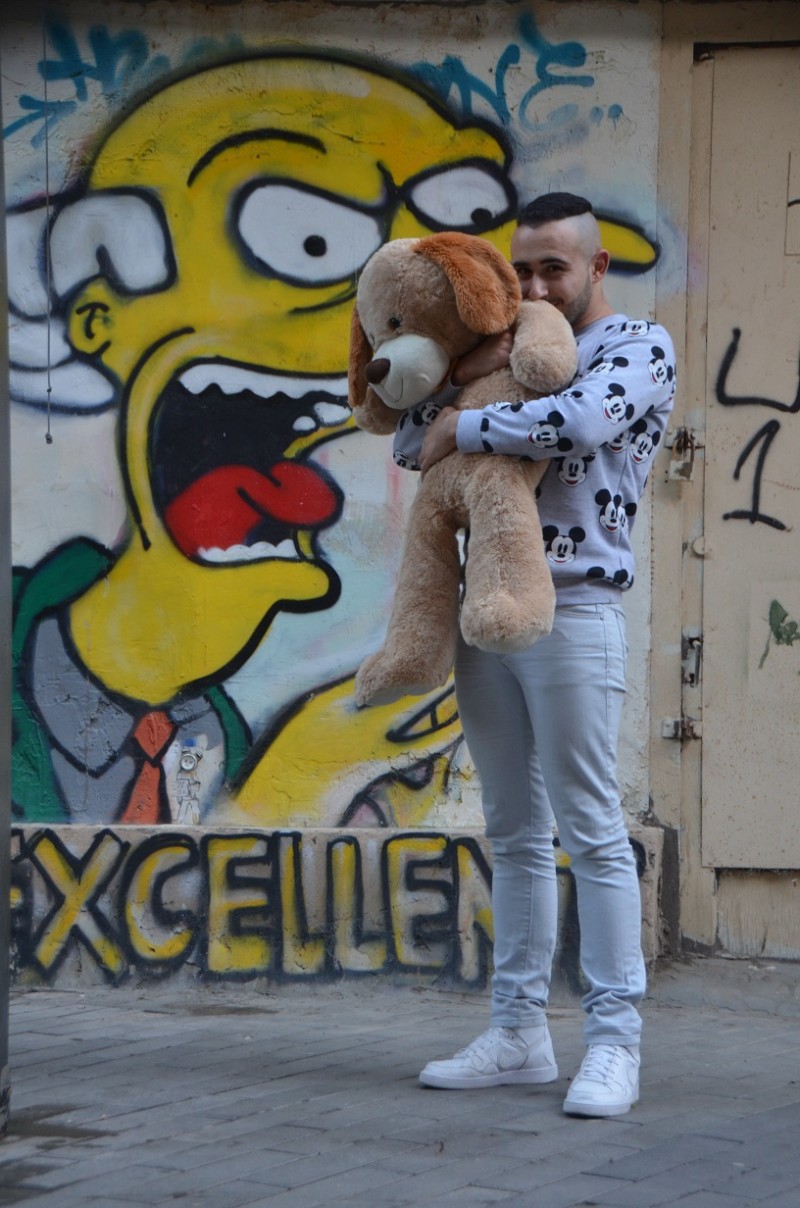 “When I was a kid I suffered a lot from bullying and was not treated fairly. Every day in elementary school I was abused, but it was not ‘ordinary abuse’. I would be beaten, spat on, bonded in the shelter, and shouted at: HOMO, HOMO, HOMO (gay in Hebrew).
The worst part was that I was excommunicated. The kids burned my books and my notebooks. The SHITTY principal did nothing to help me and even threatened to kick me out of school if I continued complaining to her about being abused.
I didn’t want my parents to know about my situation so I kept quiet and kept to myself hoping that it would all pass along.

That is the reason why I decided to open a kindergarten when I was older.

Kids are born pure, but they are checking their boundaries all the time. In that process they can behave to others like monsters and most of the time they don’t have a grownup that will stop them. When I manage to stop a child from hitting another child, I feel that I accomplished my calling: saving little souls from being abused.”