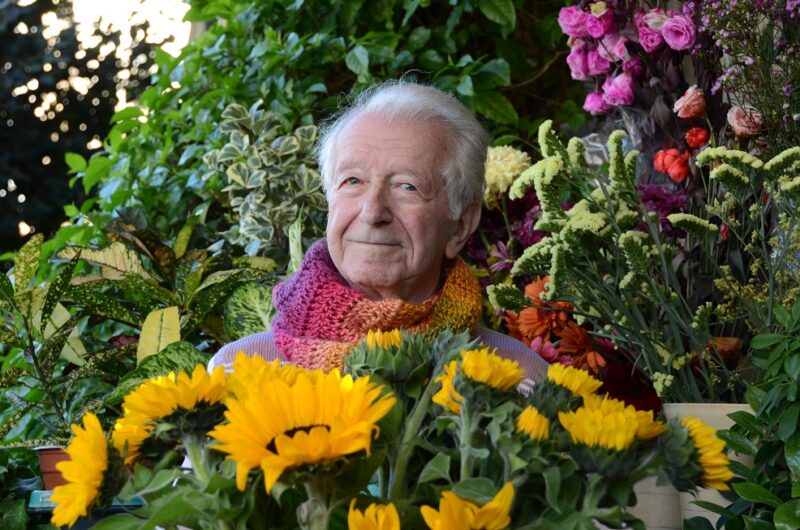 I survived four years of Theresienstadt which is near Prague.  I remember, in December 1941, my mother and I getting off the train with a knapsack on my back and a suitcase, walking several kilometers to the camp in the bitterly cold snow. My mother had a couple of heavy suitcases too, and she kept telling me to hurry. My suitcase was so heavy. You have to remember, I was just six years old.

After a while, a  kind man helped me. We found ourselves with another five other mothers and kids in one room, with bunk beds and straw mattresses. It was depressing and cold. I cried, and so did many of the other kids. When we asked when we could see our fathers, they told us to look out the window at 6 am the next morning. We saw them being marched to work. They were not allowed to turn and look up at us and if they did, an SS officer beat them.  This was a very harsh beginning for us. We were constantly hungry.  We worked at all sorts of jobs, loading, unloading, cleaning, and doing whatever we could, especially if it meant that we could find a scrap of food. Sometimes we kids would steal potatoes. Almost four years went by in this way.

My father was sent to Auschwitz near the end of the war and died on a death march. I lost 26 family members in different camps. Only my mother and I survived. Out of the 15,000 children who were in or passed through Terezin, less than 100 survived. So I am very lucky. I was very thin when we were liberated and I didn’t know how to read. In 1948 we moved to Brooklyn and then to Canada.

In 1959, I arrived in the beautiful Jezreel Valley at Kibbutz Hazorea. From that moment on, I never looked back. I concentrated on the present and the future only! I got married, raised children, became a dairy farmer,  worked hard, went to the army, and fought in the Six-Day War. I taught Israeli folk dancing, too! After my second wife died in 2012, I decided to write about my life. That is how I met my current life partner Julie, a lovely woman from California who is twenty-nine years younger than me! Together we wrote a book called The True Adventures of Gidon Lev: Rascal. Holocaust Survivor. Optimist. I think that describes me pretty well.

You don’t get the life you want, you get the life that you get – so you have to make the most of it.
That’s what I did. That wonderful poet, Mary Oliver said something about “our one wild and precious life” and she was exactly right. I try to laugh, have fun, and be loving. Today, at 86 years old (or young! ) I like to stay busy, so I deliver flowers. When I bring someone flowers, it gives them a smile. Sometimes I even get a tip!