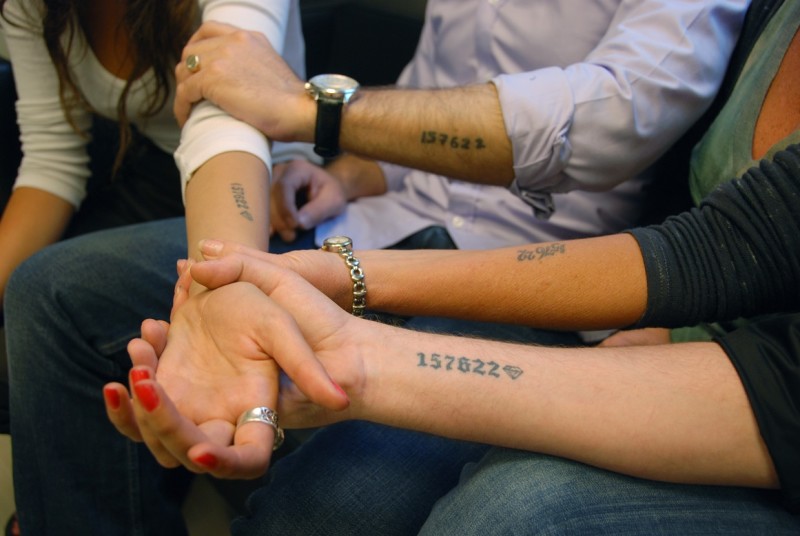 Yosef Diamant is a Holocaust survivor who survived the horrors in the death camp at Auschwitz.  He is the only survivor of his immediate family. His parents and three brothers were all murdered.
The Dayament – Sager family decided to tattoo Yosef’s “Holocaust number” on their forearm  as a tribute to him, and so as to never forget what happened.

Arik, Yosef’s grandson, decided to get the tattoo after a lot of consideration.

“I had to think about the decision very carefully, and at first, my grandfather was reluctant about it, but in the end he asked me: “when your grandson will see the tattoo will you tell him about me?”

“We decided to add a small diamond next to the number in honor of our family name, Diamant, which means diamond in German.”