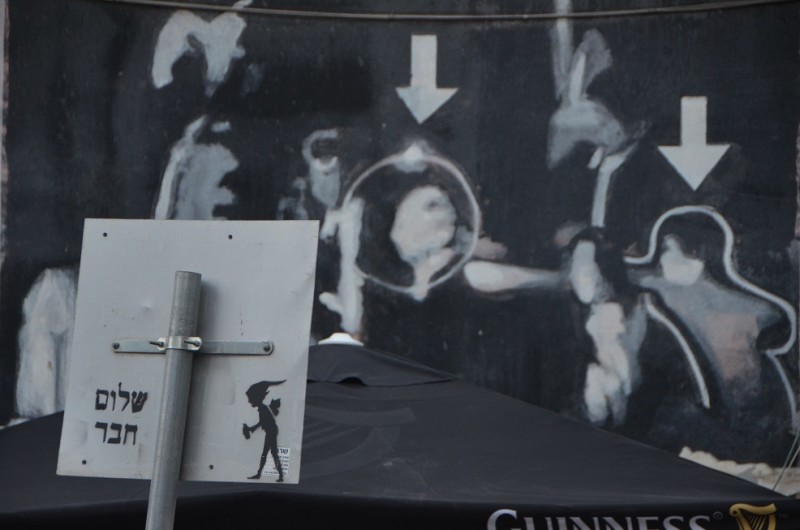 “On the evening of 4 November 1995 (12th of Heshvan on the Hebrew Calendar[47]), Rabin was assassinated by Yigal Amir, anOrthodox Jew who opposed the signing of the Oslo Accords. Rabin had been attending a mass rally at the Kings of Israel Square(now Rabin Square) in Tel Aviv, held in support of the Oslo Accords. When the rally ended, Rabin walked down the city hall steps towards the open door of his car, at which point Amir fired three shots at Rabin with a semi-automatic pistol. Two shots hit Rabin, and the third lightly injured Yoram Rubin, one of Rabin’s bodyguards.

Rabin’s assassination came as a great shock to the Israeli public and much of the rest of the world. Hundreds of thousands of Israelis thronged the square where Rabin was assassinated to mourn his death. Young people, in particular, turned out in large numbers, lighting memorial candles and singing peace songs. On 6 November 1995, a day after the murder, he was buried on Mount Herzl. Rabin’s funeral was attended by many world leaders, among them U.S. president Bill Clinton, Australian Prime Minister Paul Keating, Egyptian president Hosni Mubarak and King Hussein of Jordan. Clinton delivered a eulogy whose final words were in Hebrew – “Shalom, Haver” (Hebrew: שלום חבר‎, lit. Goodbye, Friend).“