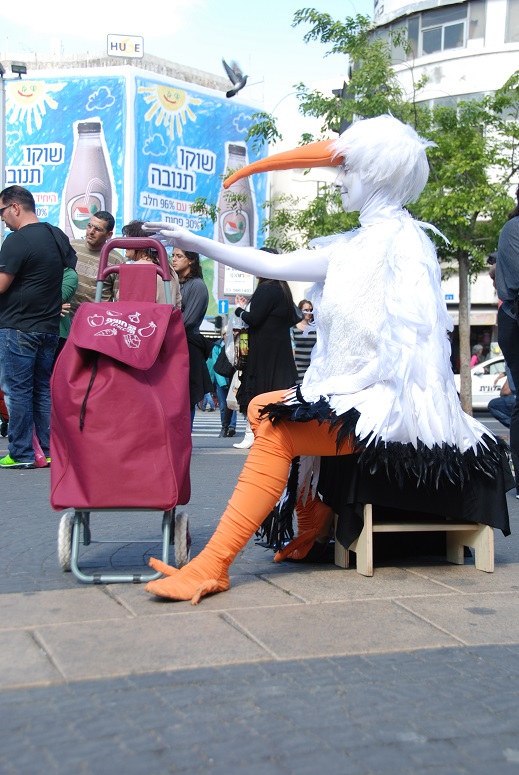 “About 500 million birds from 500 species pass through Israel during the bi-annual migration season, from Europe and West Asia to Africa in the winter, and back in the spring. A program has been developed to build major birdwatching centers in Ein Gedi and Sde Boker. Existing stations will be upgraded in Eilat, the Jordan Valley andkibbutzim Kfar Ruppin and Ma’agan Michael.[22]

Lake Hula is the stopover point for tens of thousands of cranes migrating from Finland to Ethiopia every winter. In Israel, farmers set out food for them to keep them from damaging crops near the lake.[23]

The number of raptors has been decreasing due to its prey becoming endangered or extinct as well as massive poisoning of some prey. About a fifth of the nesting birds are endangered (39 out of 206).[3]

Yossi Lesham, director of Israel’s International Centre for the Study of Bird Migration, says that the country has one of the highest concentrations of bird traffic in the world per square mile. On a single morning at the Jerusalem Birdwatching Observatory, the staff has spotted 10,000 eagles.[24]