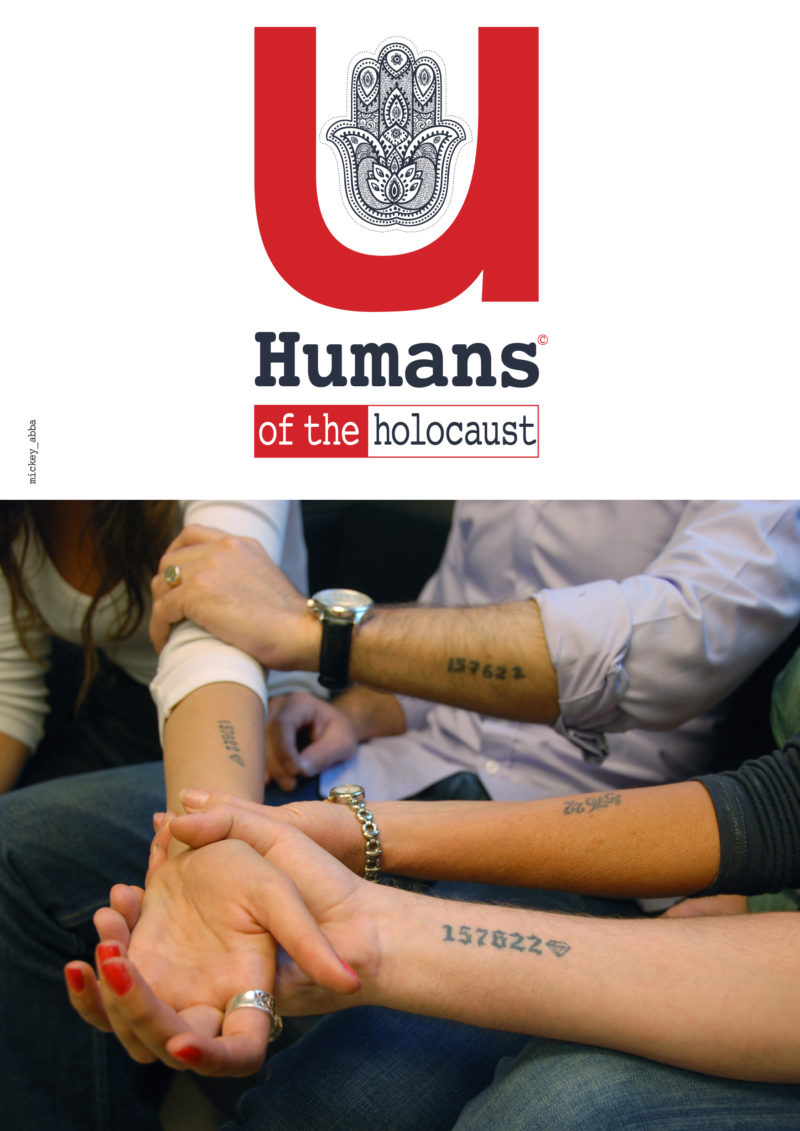 A recent survey conducted by the Claims Conference revealed that over two-thirds of millennials have never heard of Auschwitz, and half could not name a single concentration camp or ghetto. As you are aware, antisemitism and nationalism are on the rise all over the world. To make the situation worse, there are fewer than 200,000 Holocaust survivors alive in the world today. Telling their stories and teaching young people about the atrocities of the Holocaust and the events that led up to it is more urgent than ever.

Through the thought-provoking photographs and remarkable life stories of over thirty survivors, the Humans of the Holocaust project is an excellent tool for both engaging and making a memorable impact on students, community members, and others interested in using the lessons of the past to create a better tomorrow.

In an increasingly visual world, the photographs and the stories that go with them provide a powerful and relatable medium. The aim of the project is to better inform and educate people about what happened during the Holocaust by showing the human stories behind it in ways that are unexpected and moving. The project has been featured in the Washington Post and TED.

Bring The Humans of the Holocaust to Your Community

There are two lectures available in person or on Zoom:

“Changing The Way We Talk About The Holocaust,” is appropriate for all ages and uses visual storytelling as a powerful way to spark curiosity and empathy. By telling the story of the Holocaust through the deeply affecting medium of photography, students are able to relate to and internalize the individual, human stories of the Holocaust with an eye-opening discussion about the power of digital storytelling and the powerful truths it can convey as we remember and humanize the past – for a better future.

“Me And The Holocaust – The Moral Questions We Should All Address,” is designed expressly for teens and explores the moral questions and choices that Holocaust survivors had to deal with on a daily basis and how those choices are still relevant today. Through the stories of the survivors, we explore issues like human rights, antisemitism, democracy, Holocaust remembrance and even ideas about revenge and the power of forgiveness.

The Humans Of The Holocaust Exhibition and Social Impact

The Humans of the Holocaust exhibition tells the extraordinary stories of 32 Holocaust survivors as well as those humans in the second and third generation. The exhibition engages viewers with the human stories behind every photo, and by extension, helps them to imagine the millions of untold stories.

I believe that this exhibition presented, not only at Jewish venues but also within the broader population can be very powerful and is essential at this moment in time. I suggest that the Humans of the Holocaust exhibition be a traveling exhibition across your community, at public schools, campuses, synagogues, churches, mosques, and any other place that would like to show them.

What Students Are Saying:

“…you had me really thinking about modern issues and how hatred is still existing today.” “… (the lecture) was real, in the moment and really made a modern connection for me.” “Don’t miss this educational opportunity. Humans of the Holocaust is powerful!”

“Thank you…for making time to educate us about the modern issues that exist in our world that have roots to the Holocaust and antisemitism… Humans of the Holocaust was beyond amazing and very educational.”

“I had a really great time on the virtual trip and I really learned a lot about the importance of a narrative and the human story.”

“The combination of back story, photos and conversation made for such a powerful experience…even on Zoom! Kol haKavod!

“Your program…serves as a visually rich invitation to learn more – and that is what I have never seen before.

I think you have made a valuable contribution to both preserving the memory of the Shoah and also to expanding the ways new students can learn about the Shoah. And for that, I am grateful.”