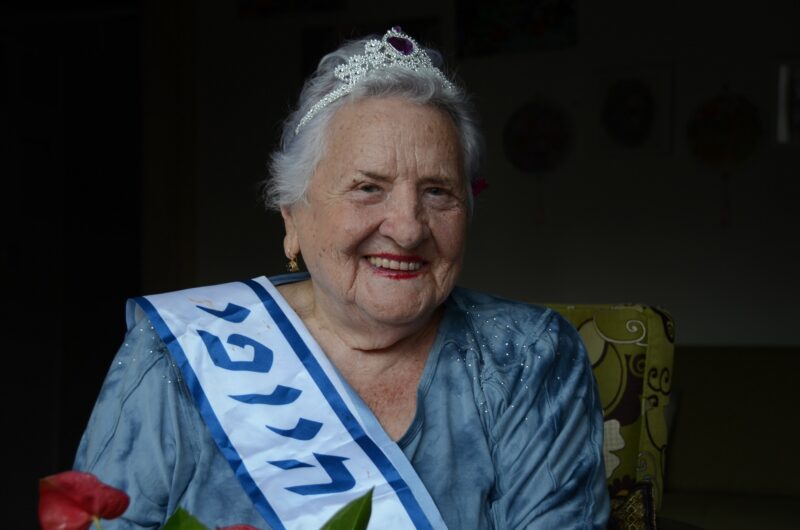 “The German’s knockdown our apartment door and forcibly took my father away,

As an only child, I couldn’t bear the thought of losing him so I ran after him, grabbed him by the pants, and told the soldiers that I’ve only had my father and mother in this world so he can’t take him away! At first, the soldier was surprised by my audacity but a few seconds later I felt a harsh blow to the back of my head, a blow that caused me to faint.

I was only nine years old but every day I would go to the local police station searching for answers for my dad’s disappearance. A few weeks later the police officers told me that my dad is alive and has been hospitalized and if I wish to see him I will have to polish the shoes of the germans soldiers who occupied the police station, so every day, for two months, I’ve polished fifty Pairs of shoes in order to see my father.

My father managed to escape the death camps by jumping from a deportation train and was severely injured. Miraculously he managed to get himself to our local hospital and after getting better we took him back to our home.

We survived the war as a family but unfortunately, a few years later my dad died because of his fragile health. He never really recuperated after jumping that train.

Only in 1951 did I and my mother manage to immigrate to Israel – the only place that would have us. In this new life, I took a Vow that in spite of all the hardships I went through I’m not going to live my life in the past.

In beauty pageants, they always ask the contestants what is their message for the word?

Unlike other beauty queens, I didn’t ask for world peace but rather wanted to convey a simple message the Holocaust survivors are far more than their forced title. Holocaust survivors are not only a living monument with a Holocaust number tattooed on their arms. They are Humans with dreams and ambitions that managed to survive against all odds the inferno they went through. Most of us managed to rebuild our lives, create new families, and live fulfilling lives.

We are not only Holocaust survivors.

We are much more than that.

My decision to participate in the Miss Holocaust Survivor beauty pageant symbolizes for me my conscious decision to wake up every morning and to live my life to the fullest.”